IRVINE, CA – Xponential Fitness, a curator of boutique fitness brands, announced that Goldman Sachs has recognized Chief Executive Officer, Anthony Geisler, as one of the 100 Most Intriguing Entrepreneurs of 2019.

“It is an honor to be recognized by Goldman Sachs and included among this group of talented entrepreneurs,” said Anthony Geisler, Founder & CEO of Xponential Fitness. “I created Xponential Fitness to bring the highest-quality boutique fitness brands together under one umbrella and I’m proud to have created an engine that transforms fitness concepts into professionalized brands. As we continue to expand globally, this award is a validation of our impact in the industry and our position to become the leading franchisor in boutique fitness.”

“True innovation is built from a diversity of perspectives and experiences,” said David M. Solomon, Chief Executive Officer of Goldman Sachs. “Our Builders + Innovators Summit brings together a collective of impressive future leaders who are striving to drive meaningful change. For 150 years, Goldman Sachs has supported entrepreneurs as they launch and grow their businesses. That’s why we are pleased to recognize Anthony as one of the most intriguing entrepreneurs of 2019.”

Geisler recently received the EY Entrepreneur Of The Year® 2019 Award in Orange County and has built numerous businesses from the ground up and held a variety of leadership positions in the fitness industry. Prior to Xponential Fitness, he served as CEO of Club Pilates, where he grew a small collection of boutique studios into the largest network of premium, Reformer based group Pilates studios worldwide, with more than 850 locations. Prior to this, Geisler served as President of UFC Gym Franchise until 2014 where he worked to support and build out various aspects of the business, following his facilitation of UFC’s acquisition of his franchise company LA Boxing. Geisler served as CEO of LA Boxing after purchasing the single gym in 2003 where he went on to rebuild and expand the brand to become the world’s largest boxing, kickboxing and mixed martial arts gym franchise with 200 locations in 35 states. 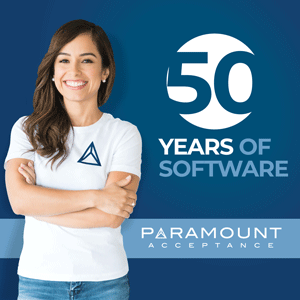