ATLANTA, GA – Workout Anytime, the 24-hour, seven-days-a-week fitness concept with nearly 200 units open across the U.S., has seen strong growth in 2022. With 15 new gyms opened, deals for 49 more signed, system-wide revenue increases and new markets broken into, the concept is a high-performing player in the industry.

“2022 has been great for us,” said Steven Strickland, CEO of Workout Anytime. “In addition to the franchise development-related growth we’ve undergone, there has been tremendous growth at the corporate level through new hires, gym-level changes and new ways for franchisees to serve their communities.”

Though the company opened 15 new gyms this year and inked an additional 49 deals, there is still more to come. The recently-launched Hometown Model offers an expansion approach fit for owners seeking to grow within smaller communities. In many cases, this also leads to traditionally underserved communities receiving access to resources they would otherwise go without. Like Workout Anytime’s standard gyms, those developed through the Hometown Model have the same top-notch resources members are looking for.

“We’re thrilled to bring the Workout Anytime brand to new locations through the Hometown Model,” said Terri Harof, director of franchise development at Workout Anytime. “The Hometown Model allows us to reach smaller, underserved communities looking for a premium gym that is warm and welcoming and makes them feel like family.”

The leadership team has also welcomed new, driven professionals to provide additional support as it continues to grow. Lynsay Flynt, an experienced fitness and marketing professional, joined the team as Marketing Manager, and Michael Anderson, formerly the brand’s Controller, was promoted to CFO.

In 2023, Workout Anytime will open flagship locations in Arizona, New Mexico, New Jersey and Maryland as it builds out locations nationwide to meet the demand of the over $32 billion and

growing market. While the market itself is estimated to have grown by just over 4% this year, Workout Anytime’s year-over-year growth far surpasses that statistic, with the entire system up by 10.6% and the top 50 franchisees having seen a gross revenue increase of nearly 18%.

“The demand for fitness-related resources is growing — that’s certain,” said Harof. “However, Workout Anytime’s growth and performance are outpacing that of the general market thanks to our robust offerings and continued innovation. As we continue to make fitness accessible to communities of all kinds, especially those which have traditionally been underserved, our commitment to excellence only positions our franchise network and guests alike for greater success.” 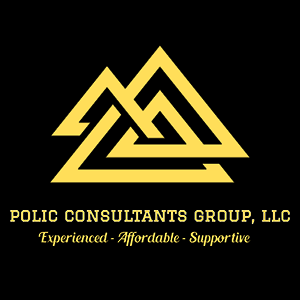