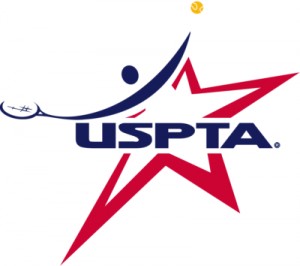 Sean Sloane of Glassboro, N.J., was presented with the George Bacso Lifetime Achievement Award. Sloane coached tennis and squash at Williams College in Massachusetts and at Haverford College in Pennsylvania for almost 40 years. In his 17 years at Williams in the 1970s and 80s, Sloane coached seven All-Americas and won 12 Little Three championships. Sloane joined Haverford in 1997 and coached men’s tennis for 21 years and men’s and women’s squash until the end of the 2009 season.

Sloane was named USPTA Middle States Coach of the Year following both the 2009 and 2016 seasons. Since 1981, the College Squash Association has recognized the men’s team that best exemplifies sportsmanship, and in 2005, the CSA renamed the award after him.

Pant volunteered his time to help the USTA National Staff run two Net Generation workshops at the USPTA Eastern and Northern conventions. He also worked with Junior Tennis Champions Center to buy $53,000 worth of US Open tickets, the proceeds of which fund scholarships for underprivileged children. He also is on the USTA National Junior Competition committee and worked on evaluating and scheduling L3, L2 and L1 national tournaments. Pant is a frequent speaker at many industry and USPTA regional and national conventions, including the USPTA Leadership Academy. Pant is a USPTA Master Professional and has been a member for 24 years.

Chris Champion of Gainesville, Fla., was presented the 2019 USPTA Diversity Award. Over the past 15 years, Champion has served as tennis coach, program administrator and operations manager before becoming director of tennis at First Serve Miami, a National Junior Tennis and Learning program that offers tennis lessons and educational support to disadvantaged youth in Miami. Champion, a USPTA Elite Professional, implemented the Community Partners and Adopt-A-Player programs, which impacted over 650 participants. He incorporated five parks into the Community Partners after school program and established the in-school program at eight area elementary schools. He also set up a visit from 2017 US Open champion Sloane Stephens at Earlington Heights Elementary School.

David Marshall of Bethany Beach, Del., was named 2019 Tom Gullikson Touring Coach of the Year. Marshall coaches doubles pairs Bob & Mike Bryan and Jack Sock & Mike Bryan, as well as John Isner in singles, in conjunction with coach David MacPherson. In 2018, Marshall coached Sock & Bryan to Wimbledon and US Open doubles championships and the 2018 ATP Finals doubles championship, after which Marshall was presented the 2018 Nitto Doubles Finals Winning Coach Award by the ATP.

Paul Lauterbach of Walworth, Wis., was named 2019 USPTA High School Coach of the Year. Lauterbach has coached tennis at Lake Geneva Badger High School for more than 30 years. Throughout his tenure, both the boys’ and girls’ teams have been contenders for the conference title, and in 2018, both teams were dominant. Each team won their conference tournament – the girls became the first team ever to win every tournament match – and both qualified for states. Seven of Lauterbach’s players from 2018 will or have gone on to play collegiate tennis from DIII to DI.

Alex Marcial of West Covina, Calif., was presented the 2019 USPTA Star Award. Marcial founded Friends of Philippine Tennis in 2012. Since then, he’s worked to collect used tennis equipment, including racquets, shoes, balls and nets, and donate them to his native Philippines, where tennis equipment is expensive. In 2018, FOPT delivered over 750 racquets, 1,200 pairs of shoes, 5,000 tennis balls and 50 nets.

Betty Sue Welch of Dallas, Texas, was also presented the 2019 USPTA Star Award for her work with middle school and college tennis teams, as well as with clubs and international tournaments, over the last 50 years. Welch, a USPTA Elite Professional, has been very involved with the Special Olympics ever since tennis was introduced in 1983, and the “Betty Sue Angel Award” is given annually to the Special Olympics tennis athlete that embodies values including friendship, bravery, determination and sportsmanship.

Amanda Fink of San Marcos, Calif., was presented with the 2019 USPTA U30 Award. Fink chairs the San Diego Division U30 Committee, which ran six education events in 2018. Fink recruited a crew of almost 50 tennis professionals to run Tennis Fest for roughly 700 participants in San Diego. She also organized several other programs to foster tennis community involvement and also set up sessions where she provided information on the college recruitment process. At one seminar, she gave instructions on running a drill, all while singing at the top of her lungs. Fink is a USPTA Elite Professional and has been a member for seven years.

Gregg Heartt of Palm Coast, Fla., was also presented with the 2019 USPTA U30 Award. Heartt is the membership project team lead at USPTA Florida and grew the Division’s U30 program to over 250 professionals through his volunteer work. He is also the president of the USPTA Florida Orlando District and was recognized for his community outreach and work in connecting tennis pros in the Orlando area. Greg also teamed up with USTA Florida to grow tennis involvement in local schools.

Evan Isaacs of Columbus, Ga., was named 2019 Steve Wilkinson College Coach of the Year. Isaacs has been the men’s and women’s tennis coach at Columbus State University for 18 years. The Lady Cougars have qualified for the NCAA Tournament every year under Isaacs, and in 2018 they reached the national semifinal for the first time. The men, meanwhile, captured the program’s first national championship. Isaacs has coached 45 All-Americas, 96 All-Conference players, four Peach Belt Conference Players of the Year, and has won PBC Coach of the Year five times.

Sally Frame of Richardson, Texas, was presented with the 2019 USPTA Industry Excellence Award. Frame is the president and director of Ace Tennis Services, which she founded in 2017 and dramatically increased tennis participation in Plano, Texas, with over 21 tournaments and events. In 2018 she created “Wilson Nights,” a non-elimination singles and doubles event for juniors between 10 and 14 years old, and other special doubles events. Frame even organized trips for adults and juniors to professional tournaments in California and Chicago and began coaching at John Paul II High School in Plano.

Wendy Tatum of Palm Beach Gardens, Fla., was named 2019 USPTA Large Facility Manager of the Year for her work as general manager at Palm Beach Gardens Tennis Center in Florida. In 2018, the Center was honored with the USTA Florida Member Organization of the Year Award, in recognition of the Center’s overall excellence in service to a broad spectrum of the tennis community. The Tennis Center belongs to the City of Palm Beach Gardens and works under a “special revenue” policy that requires all Center expenses to be paid from its revenues. While revenues have grown every year under Wendy’s stewardship, 2018 was notable, as income increased 25 percent to over $1 million, with 90 percent of revenue coming from programming. Tatum also manages a staff of 12 USPTA certified tennis professionals.

Len Simard was named 2019 USPTA Small Facility Manager of the Year for his work as general manager at New Canaan Racquet Club in Connecticut. In 2018, Simard incorporated pro/ams, weekly one-day junior tournaments and mixed doubles socials to increase programming by 300%, leading to a revenue increase of $150,000. He also instituted midterm and final evaluations within the junior program and created a full pickleball program that includes learn-to-play classes, socials and tournaments. Simard employs a staff of 10 full-time tennis professionals, seven of which are USPTA certified and three that will become USPTA certified, and retrained them to be fully compliant in the USTA 10 and Under protocol. Simard is a USPTA Master Professional and a past president of USPTA Florida.

Jose Pastrello of Naples, Fla., was presented with the 2019 USPTA Lessons for LifeTM Award. In 2018, Pastrello organized 21 pro/ams, exhibitions and fundraisers that raised over $45,000 for various university tennis teams and scholarships. He spoke at the USPTA Leadership Academy and was awarded the Most Innovative Course by Tennis Industry magazine. He is also involved with the USPTA National Education and Testing Committee and is a USPTA Florida Board member. Pastrello was the 2015 USPTA District Professional of the Year, 2017 USPTA Florida District President of the Year and is currently the USPTA Florida Vice President.

Allan Jensen of Alpharetta, Ga., was named 2019 USPTA Tester of the Year. Jensen is the tennis service representative at USTA Southern and also works with Hispanic outreach and Net Generation. In 2018, Jensen conducted nine tests for a total of 43 applicants. He was one of the first to be trained and implement the on-court testing app. Jensen went above and beyond when he flew out of his region to assist with a test that had an overflow of applicants.

Mike Friedman of Highland Park, Ill., was named 2019 USPTA Top Education Earner. Friedman is a tennis professional at Winnetka Park District in Illinois and coaches through Net Generation. He earned the most continuing education credits of any USPTA member in 2018, with 179.5 credits. He was recognized as the USPTA Midwest Illinois Professional of the Year in 2014. Friedman has been a USPTA Professional for 29 years.

Neal Hagberg of Minneapolis, Minn., was presented with the 2019 USTA/USPTA Community Service Award. Hagberg has worked at Gustavus Adolphus College, his alma mater, since 1981. He has been the Tennis & Life Camp director since 2011. In his role, he teaches, leads music and entertainment, directs counseling and leads the “life” portion of TLC. Hagberg uses tennis and music – he and his wife Leandra are an accomplished singer/songwriter duo – to inspire, motivate and develop leadership skills in his students. He is a USPTA Elite Professional and has been a member for seven years. 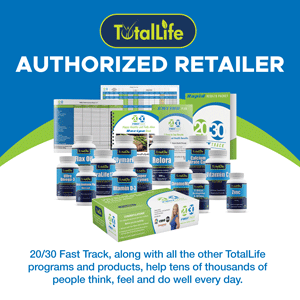