COLORADO SPRINGS, CO – Strength and conditioning coaches from across the nation converged at the NSCA’s Coaches Conference on January 10, 2019 in Indianapolis, IN to discover cutting-edge research and practical applications in strength and conditioning, presented by the industry’s most elite and respected experts. One of the many exciting events held during the conference was the Award Ceremony, where distinctive honors were presented to several coaches for outstanding achievement. At this event, the NSCA recognizes award winners who are selected by a volunteer committee, the NSCA’s Coaching Task Force, who determine the winners based on their contributions to the NSCA, their community and the coaching profession.

Accepting the College Strength and Conditioning Coach of the Year award is Robert Jones, CSCS,*D, RSCC*E. After 13 successful years at the University of Missouri, Bob Jones became William Woods University’s (WWU) first strength and conditioning coach on July 1st, 2001. After only one year with WWU, the injuries were cut in half which increased the performance and competitiveness of the Owls athletic teams. Coach Jones currently oversees the training of all 16 sports as well as mentoring three graduate assistants and several interns.

While at WWU, Coach Jones has worked with two national champions, four runner-ups, and over 130 All-Americans. Over the past 17 years, there have been over 80 conference championships and post-season appearances. Coach Jones has also worked with junior and senior high school athletes to prevent injuries and develop proper training techniques for the past 20 years. On January 21st, 2018, Coach Jones was inducted into the WWU Athletic Hall of Fame.

At WWU, he also serves as an Adjunct Instructor in the Exercise Science Department since 2003. His other duties involve managing the Weider Fitness Center and recreation program. He has also been involved with Dr. Bryan Mann and Dr. Jerry Mayhew on research projects in 2017 and 2018.

Coach Jones became involved with the NSCA in 1987 and has served the association as the NSCA Missouri State Director on two separate occasions (1992-94 and 2008-10). In February 2015, he became an instructor for the CSCS Exam Prep Live Clinic program and received RSCC*E distinction in January 2016.

During her time at Michigan, Jackson has worked with 3 conference championship teams (Water Polo 2016-2018), 12 All Americans, and multiple all-conference honorees.

Jackson was a Professional Intern for strength and conditioning at the University of Michigan from September 2012 through September 2013. She was responsible for Cheerleading and assisted primarily with Women’s Basketball, Men’s Lacrosse and Women’s Soccer. Prior to joining the Michigan staff, Jackson was a graduate assistant at Nova Southeastern University during 2011-2012. There she worked with the women’s soccer, women’s tennis, women’s basketball, women’s volleyball, men’s and women’s cross country, and baseball teams. Before working at NSU, Jackson worked from 2010-11 as a Sports Performance Coach at Xcel Performance in Friendswood, Texas. Jackson also completed an internship during 2009-10 at the University of Houston, where she assisted the staff with the women’s soccer, baseball, softball, women’s swimming, and men’s and women’s cross country teams.

Jackson is originally from Stephenville, Texas and currently resides in Saline, MI.

“Congratulations to Coach Jones and Coach Jackson on receiving these well-deserved coaching awards,” said Scott Caulfield, the NSCA’s Head Strength and Conditioning Coach. “Both of them have changed many lives and exemplify what it is to be an NSCA professional. We are proud to have them represent our high standards as NSCA members.”

Both coaches will receive their award at the NSCA’s Coaches Conference which will be held in Indianapolis, IN from January 10-12, 2019. The conference brings together the best of the best from all reaches of the strength and conditioning industry to provide an educational experience unlike any other. From cutting-edge presentations to dynamic hands-on sessions by renowned professors, researchers, and strength coaches, attendees receive the tools to help expand their knowledge and further their careers. For more information regarding NSCA and their awards, please visit www.nsca.com.

About the National Strength & Conditioning Association

Headquartered in Colorado Springs, Colorado, the NSCA serves as a valuable resource for its members, the fitness industry, general public, and the media. The association provides a wide variety of resources and opportunities designed to strengthen, build, advance, and unify.

The National Strength and Conditioning Association is proud to announce a special award at the 2019 Coaches Conference being held this week in Indianapolis, IN. The NSCA’s President’s award is given at the discretion of the current President and highlights the exemplary contributions of an individual to the strength and conditioning profession. This prestigious award goes to Coach Ray Ganong who has shown decades of commitment to the NSCA through his many years of service as a member, certified professional, volunteer leader, and mentor to others.

After retiring from the University of Louisville after 33 years with the Cardinals, Ganong is now the Director of Sport Performance at ProFormance Fitness, LLC in Louisville, Kentucky. He works with individuals of all ages and creates programs for athletes as well as the general population to help them achieve their full potential which includes exercises and movements that develop good motor patterns, enhances performance, improves athleticism, and restores muscle imbalances.

“Congratulations to Coach Ganong on receiving this well-deserved award,” said NSCA Board President Travis Triplett. “He is an example for other coaches to follow through his service to athletes, his countless volunteer hours, and for his commitment to make a difference in the lives of others.”

Coach Ganong will receive his award at the NSCA’s Coaches Conference which will be held in Indianapolis, IN from January 10-12, 2019. The conference brings together the best of the best from all reaches of the strength and conditioning industry to provide an educational experience unlike any other. From cutting-edge presentations to dynamic hands-on sessions by renowned professors, researchers, and strength coaches, attendees receive the tools to help expand their knowledge and further their careers. 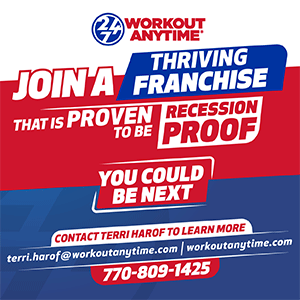