Equinox And Maria Shriver Partner On Move For Minds 2017

NEW YORK, N.Y. – Equinox CEO Harvey Spevak announced at the company’s High Performance Living Summit in New York City, that Equinox, a leader in high performance living, will once again partner with Maria Shriver and the Women’s Alzheimer’s Movement on their highly successful Move for Minds event, a first-of-its-kind crowd-funding and awareness-raising live experience focused on brain and body health.

Move for Minds: Train Your Brain, Train Your Body, Make Them Last a Lifetime asks people to know the connection between the health of their brains and their bodies. Move for Minds will now expand to eight cities across the United States all on June 4, 2017. Dallas and Miami now join returning participating cities/regions Boston, Los Angeles, New York City, Orange County CA, San Francisco and Washington, D.C.

“We are thrilled to once again partner with Maria Shriver, the premier advocate in Alzheimer’s advocacy and women’s empowerment, and join with her in formally announcing Move for Minds 2017,” said Spevak. “Equinox members define the very concept of high performance living, both inside and outside the gym, and high performance living is about engaging both your mind and your body. Move for Minds does just that while also raising funds for gender-based research in Alzheimer’s.”

“I’m thrilled that Equinox is once again leading the way in connecting brain health and fitness, nutrition and lifestyle. By partnering on this event Equinox is helping us elevate the discussion of cognitive health and Alzheimer’s, and raise money to support researchers trying to find out why Alzheimer’s disproportionately affects women,” said Shriver.

Shriver and Equinox announced the grant recipients from the inaugural Move for Minds event earlier this year, providing much needed funding to leading researchers from around the country including:

The funds were awarded in honor of National Alzheimer’s Awareness and Family Caregivers Month. In 1983, when President Ronald Reagan designated November as National Alzheimer’s Awareness Month, fewer than two millions Americans suffered from the disease, which now affects more than 5.4 million Americans. Two thirds of those affected are women and no one knows why. The Women’s Alzheimer’s Movement is determined to find the answer. To find out more and to sign up for Move for Minds 2017, please visit TheWomensAlzheimersMovement.org. 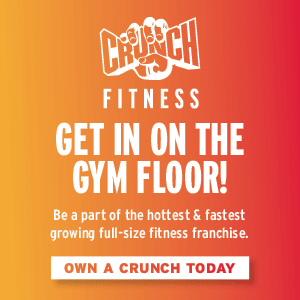