NEW YORK, N.Y. – The PGA TOUR and Technogym, the world’s leading producer and designer of technology-driven smart connected fitness equipment and the official equipment provider of the past seven editions of the Olympic Games, have announced a multi-year partnership designating Technogym as an Official Supplier of the PGA TOUR Player Performance Center.

“We are very proud to have been chosen to provide fitness equipment for the PGA TOUR. This important achievement is an acknowledgment of our commitment to research and innovation in developing smart connected products and maintaining quality standards, Technogym is the reference brand for the world’s most successful sport teams and elite athletes, and we are looking forward to building a lasting relationship with the PGA TOUR,” said Nerio Alessandri, Founder and CEO of Technogym.

Technogym was chosen due to its unique and technologically advanced training solutions and digital technologies. When it comes to elite athlete training, Technogym has developed SKILL LINE, a specific product range for athletic performance training that combines both cardio and power training in a single solution.

“We are excited to bring a globally recognized fitness equipment brand like Technogym to the PGA TOUR, Since first being introduced on TOUR in 1985, the Player Performance Center has become an extremely popular and important benefit for our members. As training regimens continue to advance in golf, Technogym will help ensure the needs of these world-class athletes are being met, ” said Brian Oliver, Executive Vice President Corporate Partnerships at the PGA TOUR.

The PGA TOUR Player Performance Center is a mobile fitness and therapy center, used by players each week on the PGA TOUR and on PGA TOUR Champions. The facilities are staffed by professional physical therapists, chiropractors, and athletic trainers who assist players in rehabilitative and preventive care, as well as personal conditioning and stretching programs. The trailers contain state-of-the-art fitness and therapy equipment. There are two sets of trailers (4 total semi-trailers) that navigate the country each year, representing a tremendous investment with a goal of providing a consistent and trusted training center for professional golfers. The Player Performance Center has been on TOUR since 1985.

The PGA TOUR co-sanctions more than 130 tournaments on the PGA TOUR, PGA TOUR Champions, Web.com Tour, PGA TOUR Latinoamérica, Mackenzie Tour-PGA TOUR Canada and PGA TOUR Series-China. Members on the PGA TOUR represent the world’s best players, hailing from 27 countries (88 members are from outside the United States). Worldwide, PGA TOUR tournaments are broadcast to more than 1 billion households in 226 countries and territories in 23 languages. Virtually all tournaments are organized as non-profit organizations to maximize charitable giving. In 2017, tournaments across all Tours generated a record of more than $180 million for local and national charitable organizations, bringing the all-time total to $2.65 billion. 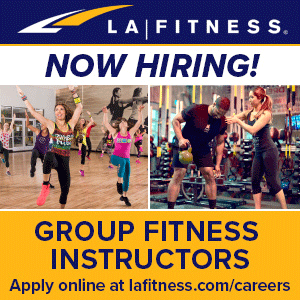