Patrick Walsh, Chairman and Chief Executive Officer of TSI, commented: “2016 was an extraordinary year for our Company. I want to thank the 7,500 plus TSI team members that delivered exceptional results this past year. During the fourth quarter, Adjusted EBITDA increased 23.7% from the prior year to $12.3 million. The Company’s profitability continued to improve throughout the year with the fourth quarter’s Adjusted EBITDA margin increasing to 12.8%. The Company’s improvement in profitability is a material achievement given the margin pressure from declining revenues. The annual Chairman’s letter will be released on February 27, 2017 and posted on the Company’s website and will provide further commentary on the business.”

Total operating expenses for Q4 2016 was $94.7 million compared to $24.6 million for Q4 2015. Q4 2015 included a gain on the previously completed sale of the East 86th Street property of $77.1 million ($73.6 million was non-cash) and a $3.0 million net gain related to the termination of a lease for a planned club opening that was not yet effective. Excluding these charges, operating expenses decreased $10.1 million primarily reflecting the results of our cost-savings initiatives and club closures; in particular, overhead and club level savings as well as General and administrative expenses. 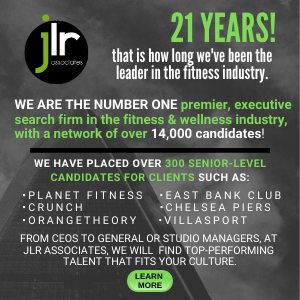