Patrick Walsh, Executive Chairman of TSI, commented: “While revenue and EBITDA declined in the quarter, our net member gain of 20,000 was a second quarter record for the company, and year-over-year our membership increased by 8.0%. However, the net result of our HVLP rollout is still pressuring total revenue and EBITDA due to lower average monthly dues. We will continue to adjust pricing in order to find the balance that results in increased revenue while also focusing on driving membership growth.”

Mr. Walsh continued: “We are currently undergoing an exhaustive examination of the Company’s strategy and operations, and are focused on optimizing cash flow and creating long-term value for our shareholders. Town Sports possesses well-recognized brands and talented people throughout the organization, which creates a strong foundation for all of our initiatives.”

Total revenue for Q2 2015 decreased $7.4 million, or 6.4%, compared to Q2 2014, primarily due to existing members downgrading their memberships to those with lower monthly dues and new members enrolling at lower rates, both as a result of the new HVLP strategy. The effect of existing members opting for lower dues and new members enrolling at lower rates were only partially offset by an increase in membership sales volume. Our total member count increased 20,000 to 525,000 in the three months ended June 30, 2015 compared to a decrease of 8,000 in the same prior-year period. We continue to adjust pricing in order to increase revenue while also focusing on driving membership growth.

Total operating expenses for Q2 2015 increased $36.1 million, or 31.8%, compared to Q2 2014. The 2015 period included increased fixed asset and goodwill impairment charges of $31.7 million, resulting from tests due to triggering events, and a separation obligation of $776,000 related to our former Chief Executive Officer. Separate from these items, operating expenses increased $3.7 million, or 3.2%, primarily reflecting increased marketing expenses of $2.2 million primarily due to advertising for the HVLP pricing strategy and increased payroll expenses of $631,000 from personal training which was directly related to higher personal training revenue.

As of June 30, 2015, our cash position was $98.4 million, which was a $12.5 million decrease compared to March 31, 2015. The decrease in our cash position reflected capital expenditures of $10.4 million related to club maintenance, club remodeling and planned 2015 openings, including one BFX Studio location opened in Q2 2015 and one future BFX Studio location, as well as $4.3 million in interest payments.

This release contains “forward-looking” statements within the meaning of Section 27A of the Securities Act of 1933 and Section 21E of the Securities Exchange Act of 1934, including, without limitation, statements under the caption “Investing Activities Outlook”, statements regarding future financial results and performance, potential sales revenue, potential club closures, HVLP conversions, our strategic review process, and other statements that are predictive in nature or depend upon or refer to events or conditions, or that include words such as “outlook”, “believes”, “expects”, “potential”, “continues”, “may”, “will”, “should”, “seeks”, “approximately”, “predicts”, “intends”, “plans”, “estimates”, “anticipates”, “target”, “could” or the negative version of these words or other comparable words. These statements are subject to various risks and uncertainties, many of which are outside the Company’s control, including, among others, the level of market demand for the Company’s services, economic conditions affecting the Company’s business, the success of our HVLP strategy, the geographic concentration of the Company’s clubs, competitive pressure, the ability to achieve reductions in operating costs and to continue to integrate acquisitions, outsourcing of certain aspects of our business, environmental matters, the application of Federal and state tax laws and regulations, any security and privacy breaches involving customer data, the levels and terms of the Company’s indebtedness, and other specific factors discussed herein and in other releases and public filings made by the Company (including the Company’s reports on Forms 10-K and 10-Q filed with the Securities and Exchange Commission). The Company believes that all forward-looking statements are based on reasonable assumptions when made; however, the Company cautions that it is impossible to predict actual results or outcomes or the effects of risks, uncertainties or other factors on anticipated results or outcomes and that, accordingly, one should not place undue reliance on these statements. Forward-looking statements speak only as of the date when made, and the Company undertakes no obligation to update these statements in light of subsequent events or developments. Actual results may differ materially from anticipated results or outcomes discussed in any forward-looking statement. 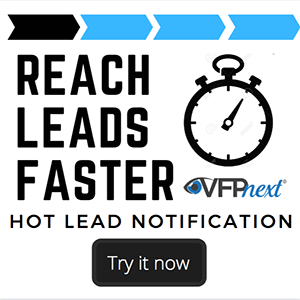