NEW YORK, N.Y. – Blink Fitness, a premium-quality, value-based gym introduced its newest ad campaign, #ResolutionHappy. The campaign aims to tackle the stigma around the failure to complete New Year’s resolutions, often centered around unrealistic expectations on body image, by encouraging gym-goers to shred their resolutions and shift to a more realistic, confidence-boosting approach to fitness.

U.S. News & World Report reported that approximately 80% of New Year’s resolutions fail. Resolutions are often created with the best intentions, but why are they so difficult to achieve? According to a recent survey commissioned by Blink Fitness and conducted online by Harris Poll, nearly all Americans who make New Year’s resolutions (97%) have made one that focuses on improving their physical appearance. Idealistic goals like drastic weight loss often top these lists, so when the desired results aren’t evident, disappointment follows. In fact, 44% of Americans who make New Year’s resolutions say they feel like a failure when they don’t complete them.

“Instead of perpetuating the cycle of broken resolutions, Blink is taking a stance to break this habit with a more realistic approach to exercise, focusing on small, motivating goals. This notion has always been at the core of our brand philosophy,” said Ellen Roggemann, VP of Marketing for Blink Fitness. “We know that when something makes you feel good, like exercise, you’ll keep doing it. Successful resolutions aren’t about losing 25 pounds, dropping three dress sizes, or getting a six-pack. New Year’s resolutions should make us all feel good, not discouraged.”

To further support the launch, Blink will host “The Great Resolution Shred.” On Monday, January 8, there will be a resolution shredding party at Blink’s Bryant Park location in New York City (@ 5 Bryant Park). The gym will have paper shredders throughout as members are encouraged to shred their unrealistic resolutions and start the year with easy-to-reach, confidence-boosting goals. Blink will have additional in-gym festivities, where participating members will also have the chance to win free personal training sessions, Blink swag, and more.

#ResolutionHappy continues to reinforce Blink’s original “Every Body Happy” platform, launched in January 2016. In its latest campaign creative, the video features real members shredding their impractical resolutions, and resolving to make attainable, feel-good changes like “run five minutes more” or “make a bomb music playlist,” for the year ahead.

With the launch of #ResolutionHappy, Blink continues to drive its momentum forward with 63 corporate-owned locations, including the recent opening of its very first gym in Los Angeles. Blink’s world-class franchising program is also primed for success as it continues to expand the brand’s footprint across the country with 51 franchise units sold, adding to the goal of having 300 gyms open in the next five years. 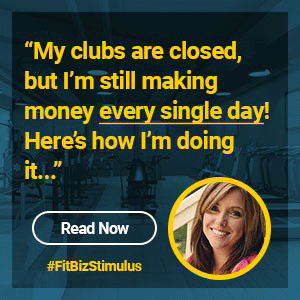