Adjusted EBITDA increased $10.2 million to $79.6 million, up 14.8%, driven by higher revenue and improved margin performance across both same-store and new and recently acquired clubs.

Revenue increased $168.7 million to $1,052.9 million, up 19.1%, reflecting solid same-store revenue growth, and the addition of Sequoia Golf and several other recently acquired clubs.

Adjusted EBITDA increased $37.3 million to $233.7 million, up 19.0%, driven by an increase in dues and food & beverage revenue and favorable operating expenses as a percentage of revenue at same-store clubs, and additional revenue contribution from new and recently acquired clubs.

Same Store Clubs. Same-store revenue was up $20.5 million, up 2.5%, driven primarily by higher dues revenue up 3.7% and food & beverage revenue up 3.2%, offset by golf operations revenue down 0.2%. Same-store adjusted EBITDA grew $14.3 million, up 6.3%. For the full-year, same-store golf and country clubs (GCC) and business, sports and alumni clubs (BSA) adjusted EBITDA margins increased 110 basis points in each segment to 30.6% and 20.5%, respectively.

Eric Affeldt, President and Chief Executive Officer: “We delivered another year of record revenues and adjusted EBITDA and are positioned for excellent results again in 2016. The fundamentals of our business remain intact and continue to support our growth and investment strategies, which have driven five consecutive years of solid growth in both revenue and adjusted EBITDA, with our investments in reinventions and acquisitions delivering positive NPV returns in 2015. Our Board and management remain dedicated to a balanced approach of capital allocation aligned with the Company’s growth strategy and focused on building long-term shareholder value. This approach is reflected in our plans to continue investing in our business. To that end, our Board has authorized, for the first time, a share repurchase program of up to $50 million of our stock over the next two years.”

Curt McClellan, Chief Financial Officer: “Our strong results not only speak to the stability of our membership model, but also the strength and steadiness of our cash flows. Since 2010, we’ve grown revenues by 53% and adjusted EBITDA by 56% and, in 2015, we delivered full-year revenue and adjusted EBITDA growth that was north of 19%, despite a 100-year rain event in Texas. During 2015, we acquired nine new clubs, signed two management contracts, and completed reinventions at 21 clubs, and we saw adoption of our O.N.E. offering increase to 50% and private events revenue reach an all-time record. We are pleased that the strength and stability of our cash flow is allowing us to support our growth strategies as well as the repurchase program and our current dividend of $0.52 a share, which represents an almost 5% dividend yield at today’s stock price.”

Levered Free Cash Flow. Levered free cash flow over the last four quarters was $104.9 million, a decrease from $109.8 million a year ago.

Texas. Additional data on clubs the Company owns and operates in Texas is available in the Company’s earnings presentation that can be found online at ir.clubcorp.com.

The following guidance is based on current management expectations. All financial guidance amounts are estimates and subject to change, including as a result of matters discussed under the “Forward-Looking Statements” cautionary language which follows, and the Company undertakes no duty to update its guidance. For fiscal year 2016, the Company anticipates revenue in the range of $1,085 to $1,105 million and adjusted EBITDA in the range of $242 million to $252 million. The current outlook implies year-over-year revenue growth of 3-5% and year-over-year adjusted EBITDA growth of 4-8%.

The board of directors of ClubCorp has authorized the Company to repurchase up $50 million of its common stock, commencing the first quarter 2016. The repurchase program is expected to be executed over two years, and is expected to be executed from time to time, subject to general business and market conditions and other investment opportunities, through open market or privately negotiated transactions, including through Rule 10b5-1. 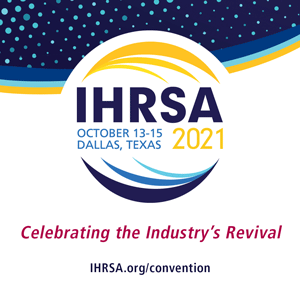