Eric Affeldt, Chief Executive Officer: “We are pleased to deliver our twelfth consecutive quarter of revenue and adjusted EBITDA growth. As we celebrate ClubCorp’s 60th anniversary this year, the Company remains firmly committed to executing its three-pronged growth strategy focused on organic growth, reinvention and acquisitions. We are particularly excited about the pacing of acquisitions, as we have already added four new clubs to our golf and country club segment this year as compared to three clubs added in fiscal 2016. Additionally, we completed a lease agreement to construct a new concept business / social club named “The Collective” that will open next year in Seattle. In each case, these clubs are expected to drive additional return on investment and further expand the value of our local, regional and national networks.”

Mark Burnett, President and Chief Operating Officer: “We continue to see increased member activity and usage at our recently reinvented and acquired clubs. In the first twelve weeks of fiscal 2017, we achieved another quarter of adjusted EBITDA growth, benefiting greatly from improved performance at these clubs. Likewise, our O.N.E. offering continues to appeal to our members with approximately 54% of our memberships enrolled in O.N.E.. We are excited by the positive momentum in our golf and country club business and are gearing up for what we expect will be a busy golf season this spring and into the summer.”

Curt McClellan, Chief Financial Officer: “We delivered solid results in our first quarter of 2017. Consolidated adjusted EBITDA growth of 4.2% during the quarter was in line with our expectations following last year’s impressive growth of 8.2%. Consolidated revenues grew 3.0% for the quarter and overall adjusted EBITDA margins improved 30 bps to 19.8% while same store margins improved 20 bps to 27.3%. Our reinvention projects and acquisitions are performing as expected, significantly increasing member usage. Our leverage is 4.27x currently and we remain committed to de-levering the Company to below 4x by mid-2018.”

The following guidance is based on current management expectations. All financial guidance amounts are estimates and subject to change, including as a result of matters discussed under the “Forward-Looking Statements” cautionary language which follows, and the Company undertakes no duty to update its guidance. For fiscal year 2017, the Company reiterates its guidance for revenue in the range of $1,095 to $1,135 million, and adjusted EBITDA in the range of $255 to $265 million.

(1) Adjusted EBITDA is not calculated in accordance with accounting principles generally accepted in the U.S. (“GAAP”). See the “Statement Regarding Non-GAAP Financial Measures” section of this press release for the definition of Adjusted EBITDA and the reconciliation later in this press release to the most comparable financial measure calculated in accordance with GAAP.

(2) Clubs are considered same store once they have been fully operational for one fiscal year. Newly acquired or opened clubs, clubs added under management agreements and divested clubs are not classified as same store. Once a club has been divested, it is removed from the same store classification for all periods presented. New or Acquired Clubs include those clubs that the Company is currently operating as of March 21, 2017, that were opened, acquired or added under management agreements in the twelve weeks ended March 21, 2017 and the fiscal year ended December 27, 2016 consisting of: Marsh Creek Country Club, Santa Rosa Golf and Country Club, Country Club of Columbus, Heritage Golf Club, Eagle’s Nest Country Club, North Hills Country Club and Norbeck Country Club.

(3) Consists of other business activities including ancillary revenues related to alliance arrangements, a portion of the revenue associated with upgrade offerings, reimbursements for certain costs of operations at managed clubs, corporate overhead expenses and shared services. 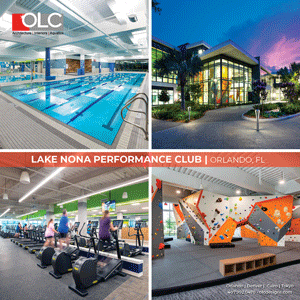